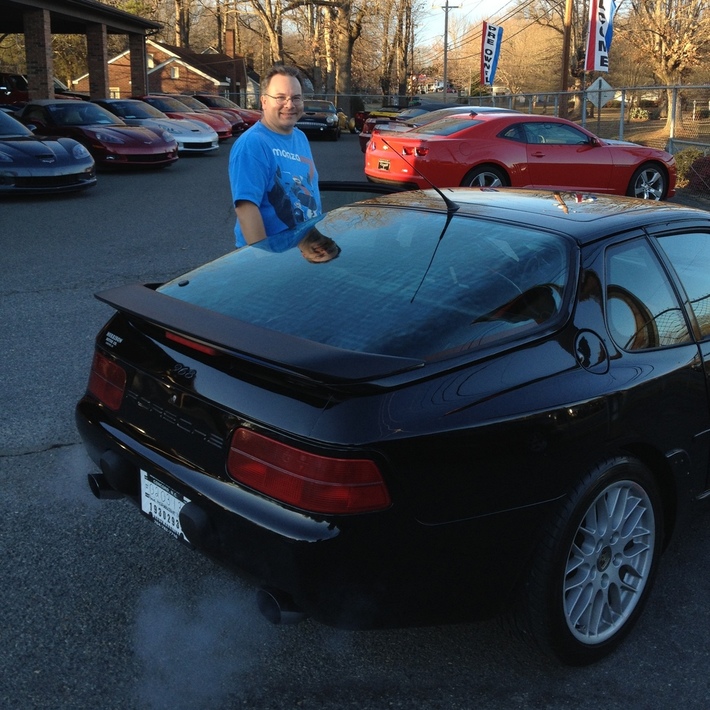 I loosened the console housing to check my door lock switch.  Of course when i did that I managed to have the 6 wires pull out from the sunroof switch.  I see Porsche was kind enough to cut 2 short,…Continue

I am reluctantly placing my boy Gunther for sale.  The price is $13,000  Exterior color is black with black interior.  If interested just email me ronaldbrooksga@gmail.com or call 352-573-7487  I'm…Continue

Well, the 3M DP8005 seems to have given up the ghost.  Somehow and I'm not sure how, the epoxy unbonded from the gas tank filler neck where I had a 1.5 inch crack and I'm right back to where I was. …Continue

You need to be a member of 968.net to add comments!

How is everything with you, I picked interest on you after going
through your short profile and deemed it necessary to write you
immediately. I have something very vital to disclose to you, but I
found it difficult to express myself here, since it's a public
site.Could you please get back to me on:( mr.frankkwabena0022@yahoo.com.hk )
for the full details.

Have a nice day

Its a small world... or maybe I have it wrong  as this may not be the person I think it is.  I receive emails on new members to 968net and your name came up.

I just spoke to a dear friend of mine John Forbes of Black Forest Racing in Denver NC who stated that you were looking at a 968 with the Corvette Engine out of Lake Norman NC.    John said he built this car some time ago in Florida.  His Christmas party is on Friday and I plan to attend business permitting and hope to see you there.  I will drive my 1992 968 weather permitting.  it is not a daily driver and I try to keep it dry and clean.   Merry Christmas